Heraklion is the capital of the region and the economic centre of the island. Today Heraklion is the top choice for tourist destinations in the Mediterranean thanks to strategic geopolitical position connecting three continents and many different cultures.
The prefecture has many cultural and historical features to offer. The finest collection of Minoan artefacts in the world and the sites of one of history’s greatest civilizations as well as the numerous Byzantine churches and Venetian castles and fountains.

In the last hundred years alone, Heraklion town has seen huge changes, which can be quite easily followed, in buildings and streets that reflect the changing fortunes of Crete. The ‘old town’ areas of the city, established from mediaeval times, now offer visitors some fantastic walks in the heart of the city.Heraklion is surrounded by a formidable medieval wall, which was used to protect it from enemies. Owing to this, the city enjoyed the reputation as a well-fortified state in the Mediterranean basin. It stood up to a siege from the Turks for 21 years, but was finally seized in 1669 after its betrayal by a Greek-Venetian engineer who informed the invaders of the walls’ weaknesses at east and west bastions. It is possible now to walk along the top of these walls and enjoy a view over the city. You may reach the Grave of the Cretan writer Nikos Kazantzakis (1883-1957), where it is written: “I hope for nothing, I fear nothing; I am free”.

One of the main sights of Heraklion is the Venetian fortress at the harbour gate. I was originally built by the Venetians and called Rocca al Mare, but is now known by its Turkish name, Koules. It has a mixed history; for centuries it was used as protection against invaders, as were the great city walls and ditches. These are among the longest city walls in Europe.  With its huge dark hallways and cells, the fortress was also a prison to many Cretan rebels and those who broke the rules imposed by successive occupiers of Crete. Nowadays, the harbour itself is home to brightly coloured fishing boats and busy taverns selling fresh fish.

GOLF
The Crete Golf Club is the only 18-hole golf course on the island of Crete and one of the most impressive courses of the Mediterranean, which holds a unique challenge and a pleasant experience for both golf players and visitors all year round. The Crete Golf Club is located approximately 24 km east of Heraklion Airport and 7 km south of the famous summer holiday destination of Hersonissos.

The course has been built to international PGA standards. The Crete Golf Club has a desert-style layout, it is meticulously maintained and at the same time it provides an ideal venue for international tournaments. 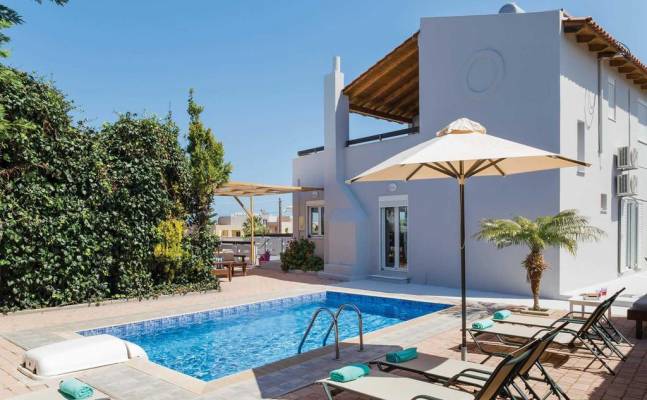 Beautiful Villa 750 metres away from the beach 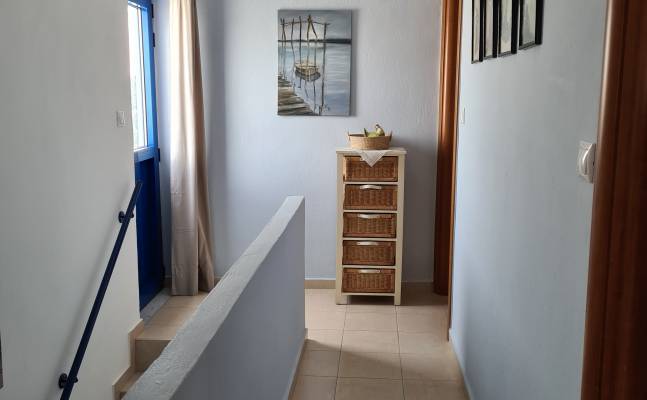 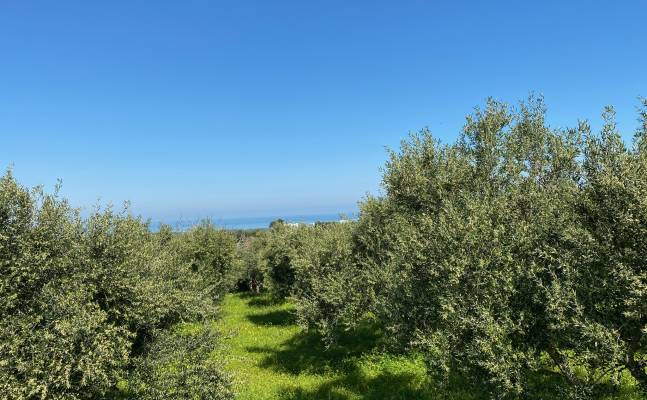