Climate
The climate of Crete is probably the mildest in Europe. The strong north-westerly wind, the meltemi, moderates even the hottest months of July and August. Rainfall is rare during the summer months. Autumn is Crete’s mildest season, when temperatures are often higher than in spring. The mountains that run across the island act as a barrier to the weather, often creating different conditions in northern and southern Crete.

Flora
Crete is the home of a rich variety of flora that contains, among many hundreds of others, 130 species of wild flowers and herbs which are unique to the island. Among these are dictamo (Organium dictamus), a herb made famous by Aristotle for its medicinal value. Another unusual feature is an evergreen variety, Varietus cretica.

Spring is the best time to enjoy the flora of Crete, after the generous winter rainfall. The fields are ablaze with red poppies and the air is heavy with the scent of orange and lemon blossoms. Dry scrub predominates the landscape in the summer, and oleander and osier bloom in the ravines. During winter, anemones are abundant.

The rarest Cretan plants grow in the ravines or on the steep mountain slopes, such as in the Faragi Imbrou (Imbros Gorge), near the Kalergis Mountain Refuge, and on the Oropedio Spiliou. These include Ebenus cretica, Linum arboreum (flax), Campanula pelviformis (bellflower), Staechelina arborea, and Petromarcula arboreum. Plants flourishing on the plains and high peaks include: Tulipa bakeri and Tulipa saxalitis (tulips), Anchusa caespitosa (alkanet), Scabiosa alborincta and Scabiosa minoana (scabious). The Cretan palm (Phoenix theophrastii), unique to the island, grows along the beach at Vai. Rare plants found along the shore include: Pancratium maritime (sea daffodil), Centaurea pumilio (knapsweed), Anthemis tomentell and Anthemis filicaulis (chamomile).

Fauna
The fauna of Crete is as varied as the flora. The unique Cretan wild goat (Capra aegagrus-cretica) has a distinctive and impressive appearance. Protected by the government, the agrimi or “kri-kri” is found in the Lefka Ori, in the Samaria National Forest, and on the islets of Dia, Thodorou, and Agii Pandes.

The Cretan “prickly rat” (Acomus mimus) is also unique in the world. Other interesting mammals include the Cretan marten (Martes foina-bunites), the Cretan badger (Melesmeles-arcalus), and the Cretan wildcat (Felis silvestris agrius).

Several kinds of lizard inhabit the island. The brightly coloured Balkan green lizard can grow to be over one metre in length. There is one poisonous snake, although locals claim that St. Titus drove all poisonous snakes off the island.

The bird life on the island is extensive. The Cretan golden eagle (Aquila chrysaetus) and the lammergeyer (Gypaetus barbatus), a sub-species unique to Crete, are distinctive among the birds. The mountains and ravines are home to griffon vultures. Warblers and swallows are common and goldfinches are occasionally seen. Migratory birds make Crete a stop-over each spring on their way from Africa to Europe and on the return trip each autumn. 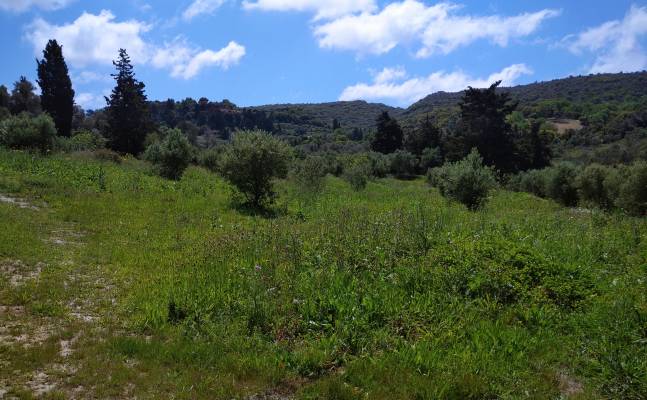 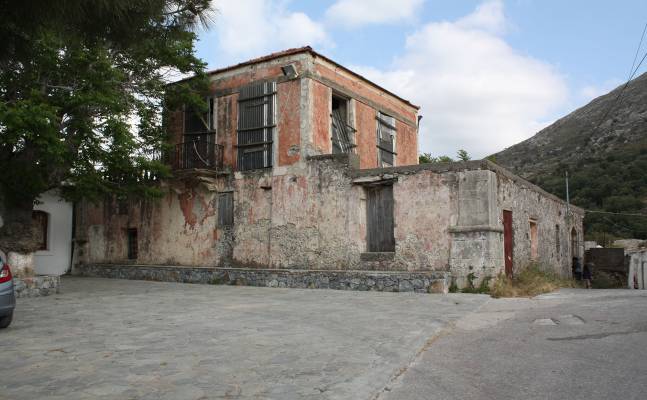 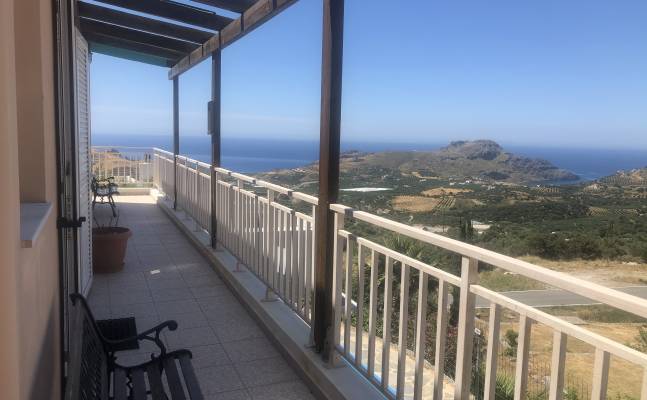 House with two apartments near Plakias